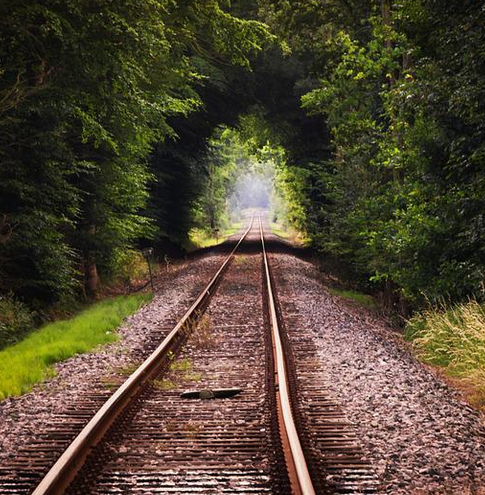 Tales From The Hoodoo Trenches #1

FUCKING UP SO YOU DON’T HAVE TO

It’s “railroad spikes,” not “railroad stakes” or even “railroad steaks.” They are not to be placed in War Water, not even for the purposes of adding rust or the element of iron, use coffin nails or pins and needles, instead. Railroad spikes are for the protection of YOUR property. War Water is used to declare war on someone else, when it is broken on THEIR property. It’s a cursing element.

You don’t sprinkle hotfoot powder around your own property to run people off, again, you take it to them; sprinkle it around THEIR property, their car, their desk, or place it in a jar with their name paper/personal concerns. Again, it’s a cursing element.

Lastly, speaking of cursing–don’t judge your spiritual opponent by what you think THEY can do. Instead, consider what their Ancestors/spiritual court can do or who they can hire to do the work for them. Also, consider the possible innocent bystanders who may get hit with the work, instead. I’m taking about hitting their elderly, their disabled, their sickly, their children, and even their pets. Do you truly want that on your conscience? Also, consider whether or not you can handle any fallout or backlash? Say you work with and hot foot someone, they quit, and suddenly your life is screwed because, while they were absolutely wretched to work with, they were also a fucking boss when it came to databases. Now, you may get someone who is still an absolute piece of work, but doesn’t know a fraction of what the other person did. (Did that sound oddly specific?)

Anyway, my point is not don’t ever curse someone, or don’t ever seek revenge, and I am certainly not saying, don’t protect yourself. What I am saying is, make sure it is what you want, and that it will be worth everything that you may need to put into it and may get out of it. Don’t do it and then regret it.

And how do you avoid regret? Well, most hoodoo practitioners will entirely sidestep that particular pitfall by not doing negative works unless the work is truly justified, and God is the only one who can determine that. In addition, hoodoo practitioners will also perform a divination on the matter to determine the many factors at play and if such work should be done, at all.

For all others, I suggest that you should establish personal guidelines and let them dictate what you will and won’t do. Cultivate your emotional maturity and self-respect. Don’t go after someone’s trifflin’ ass if they just pissed you off. Don’t go after someone’s trifflin’ ass if they disrespected you. Simply, don’t be someone’s button to push. However, if someone is messing with your livelihood, safety, peace of mind, or your loved ones…Well, now then, we’re getting into “fuck around and find out” territory. It is here that I would suggest that you too seek out a talented and sober reader to divine on the matter before choosing to proceed, because despite being in the right, you could still get your ass handed to you. Don’t start a war that you can’t finish.

Again, myself as an example, I will typically not take after somebody unless they come for me first. The reasons for this particular strategy are simple. First, I want to make no mistakes in regards to someone’s intentions towards me. Second, nothing motivates me to action like righteous anger. Lastly, I want to be able to fully commit to retaliation. Knowing that it is something my opponent actively brought on themselves—worked for even—makes it really easy and extra rewarding. No, my wrath won’t be something you happened into by virtue of foolhardiness. Rest assured, if I am ‘roused to put the fang on ya’, then it is something you have more than earned.

Copyright © 2022 Love, Peace, and Chicken Feet. All rights reserved. This blog or any portion thereof may not be reproduced or used in any manner whatsoever without the express written permission of the copyright owner. Videos and miscellaneous images are the property of their respective copyright owners.